ACW was created by people with expertise and experience in the technology world who also share a deep love of the natural world. Bringing those two spheres together creates opportunities to help conservationists leverage powerful technology like machine learning for the benefit of vulnerable and threatened animals everywhere. That's a challenge worth taking on. 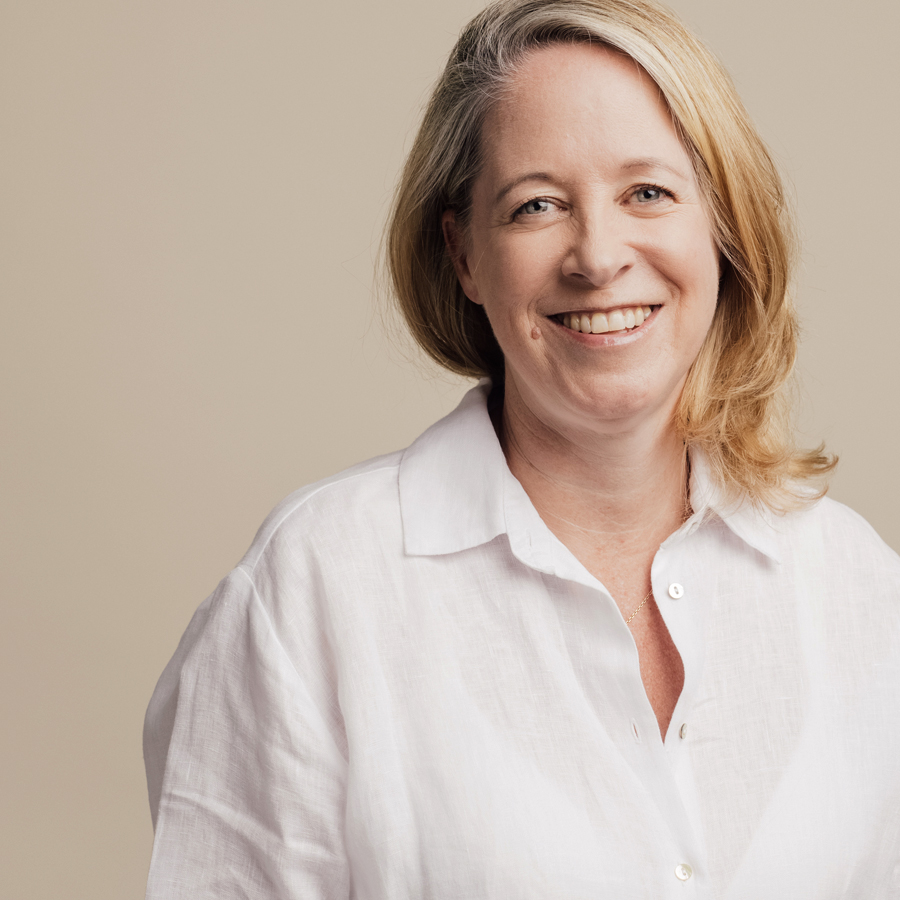 "Give me a conservation problem looking for a technology solution and I’ll deliver it."

As co-founder of T4C, Maureen Reilly’s deep expertise and experience in technology programs and project delivery is invaluable.

Serving as a senior IT leader with several global commercial real estate companies, Maureen has been responsible for a wide range of initiatives centered on business and technology transformation, and applied innovation projects.

A graduate of McGill University, Maureen has always had a knack for connecting practical, effective technology solutions to real world problems, and she's passionate about “anything wild," especially African elephants and wild dogs. 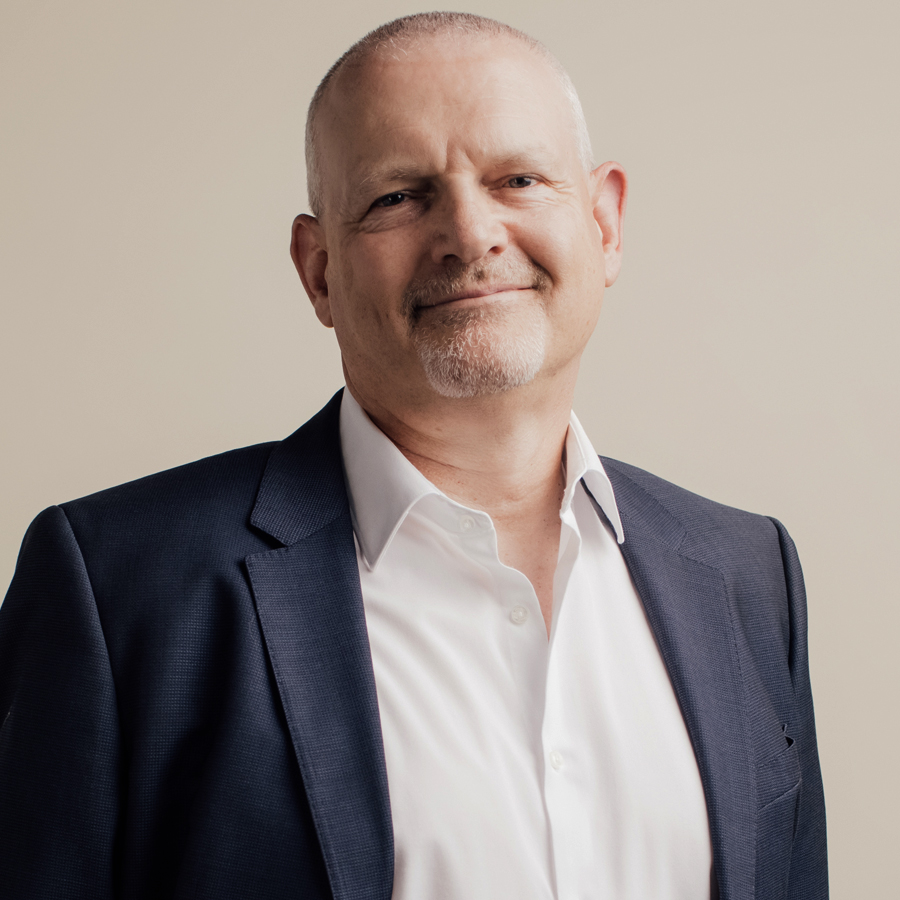 "We can all make a difference. I do so by finding ways to get things done."

A co-founder of T4C, Paul Kalil brings a lifetime of expertise in the aerospace and bioenergy sectors to wildlife conservation.

A graduate of the University of Cape Town and Wits, Paul has served in a number of industry leadership roles including as Vice President Capital Projects with a wood pellet producer; Chief Operating Officer of an industrial automation company; and as President of a company engaged in the design and manufacture of aircraft structures for Boeing, Cessna, BAE Systems, Lockheed Martin, Bombardier, and Honda Aircraft. Paul has also chaired the Aerospace Industry Association of Canada and has served as a board member of a number of companies, public and private.

A native of South Africa and resident of Vancouver, British Columbia, Paul is committed to the protection and conservation of the world’s endangered and threatened species. 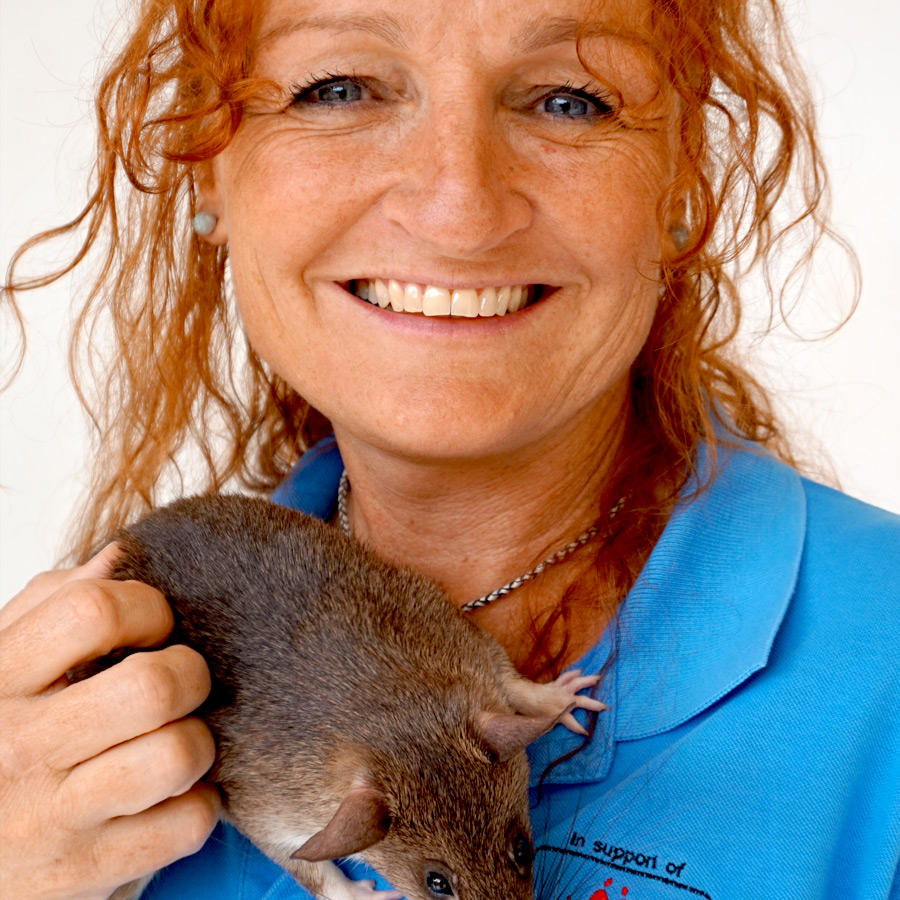 "Tourists love getting involved. They really love it. I say to them, “Why would you go to all this trouble of sending us photographs?” And they’ll say, “Because it makes a difference. We love these animals, we love this environment, and we want to give back."

Dr. Kelly Anne Marnewick is a lecturer at the Department of Nature Conservation at the Tshwane University of Technology in Pretoria in South Africa. Her specialty is large carnivores. 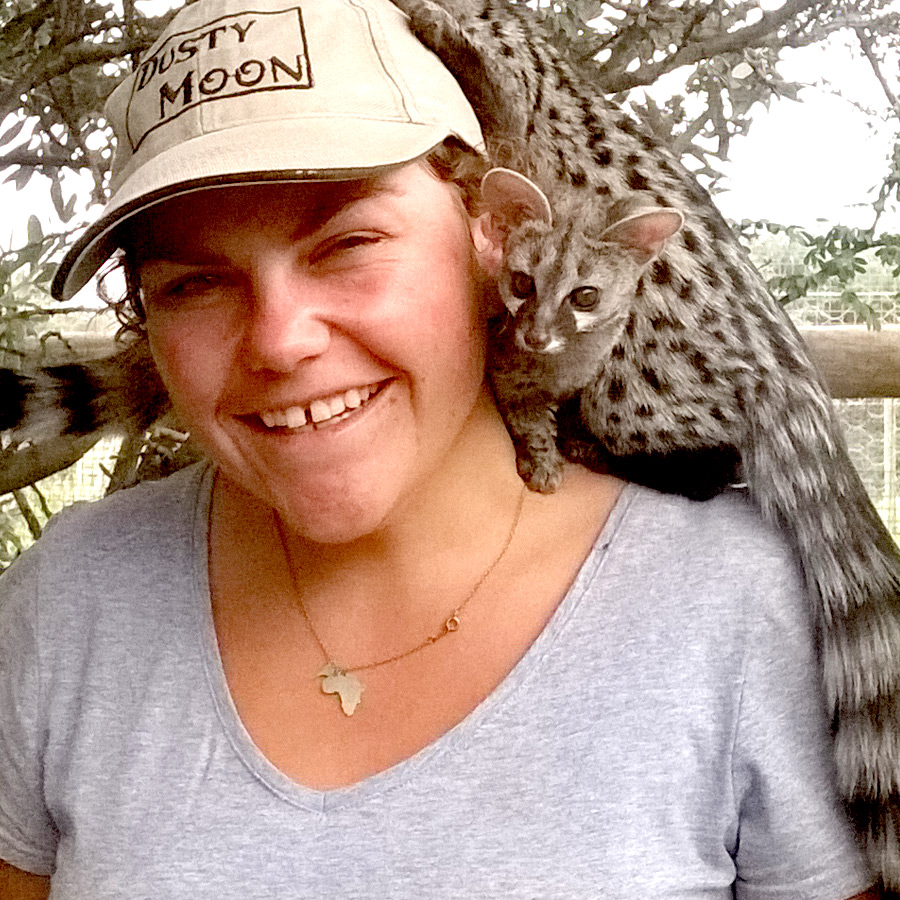 "Citizen science means I can submit one picture to help make the research process easier, and that might just help not only that individual animal, but an entire species."

Born and raised in Pretoria, South Africa, Jeanette Fouche always knew her heart was too wild for the city. A member of various outdoor clubs at school, her interest grew into a passion, and she went on to study Nature Conservation at the Tshwane University of Technology before completing her practical year at Mountain Zebra National Park. 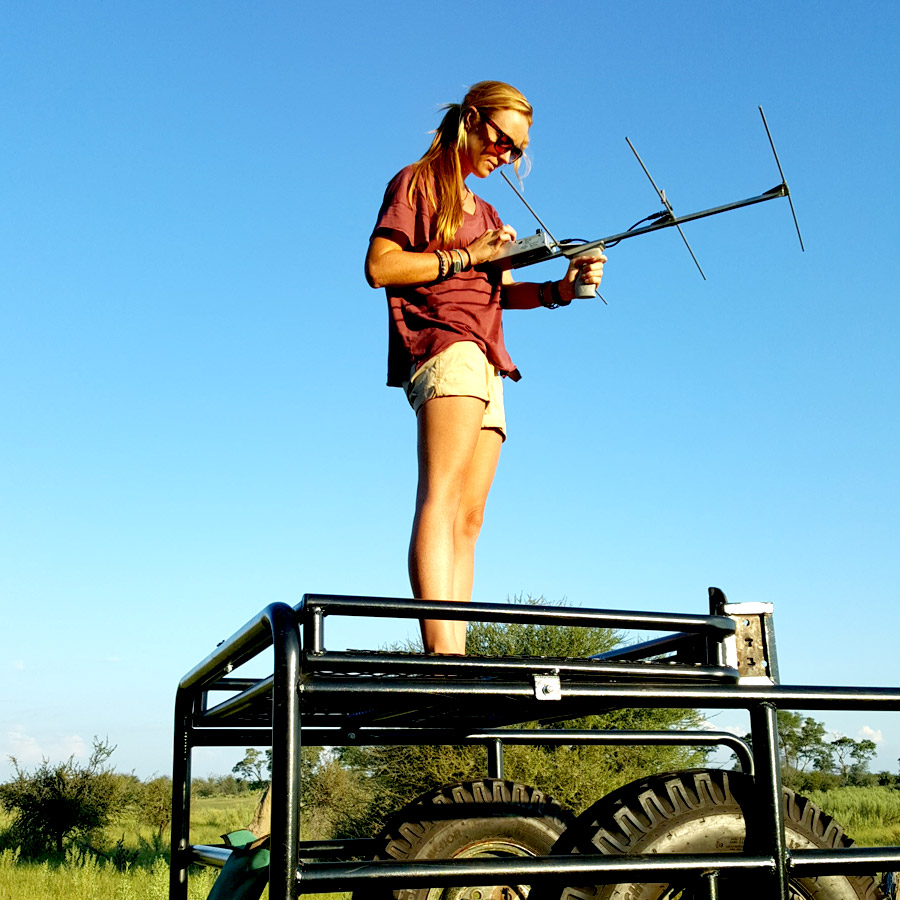 "African Carnivore Wildbook has revolutionised and streamlined one of the most time consuming aspects of studying large carnivores; the identification of individuals within a population. As they say; the devil is in the details, and tracking these details is what ACW does. This gives researchers more time to see and understand the bigger picture, knowledge of which can directly facilitate conservation management decisions."

Born in South Africa, Megan Claase moved to the U.K. as a child, eventually studying biology at the University of York before heading back to Africa to work in volunteer research positions, first in the Ethiopian highlands studying gelada monkeys, then in Botswana, where she studied large carnivores for a year before switching to large herbivores. 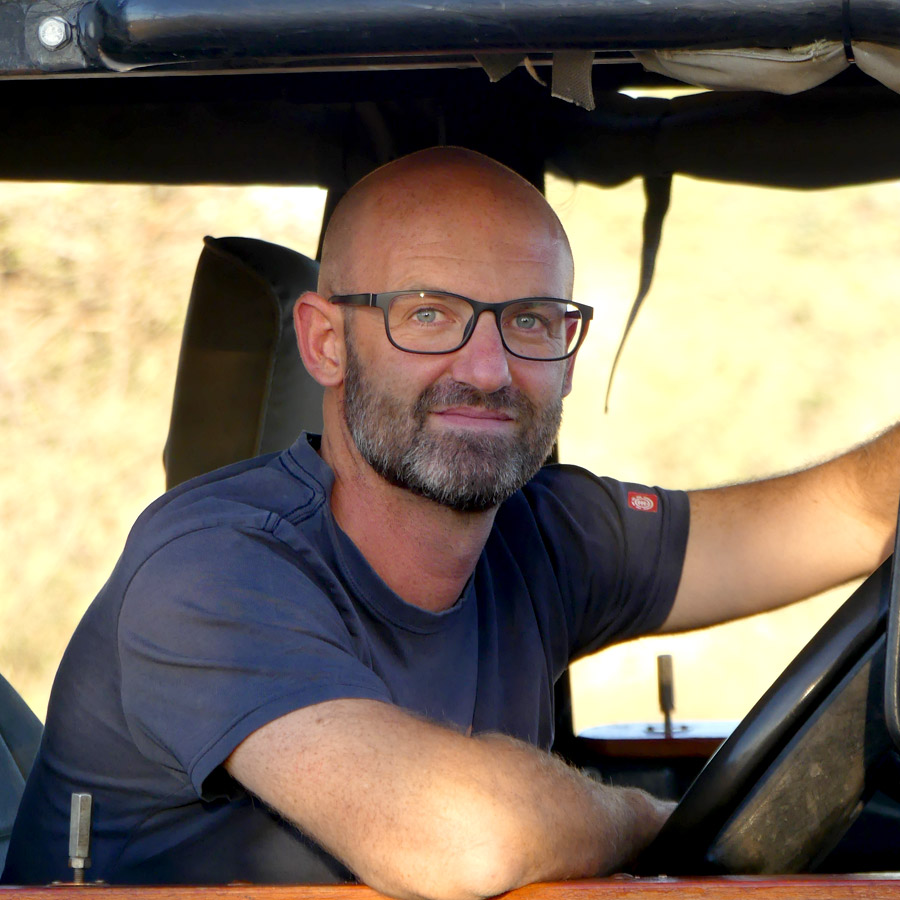 "A good understanding of population abundances and densities—and how they change over time—is fundamental for the implementation of evidence-based management and conservation strategies aimed at securing species' long term survival. To this end, it’s paramount to obtain detailed information about the lives and movements of single individuals. This is now possible thanks to the development of ACW and the ‘many eyes’ out there—you, the citizen scientists who are feeding pictures of sightings to it!"

Swiss-born Gabriele Cozzi has been studying ecology, movement behaviour, and demography of large African carnivores since 2006, when he first joined the Botswana Predator Conservation Program as a volunteer. 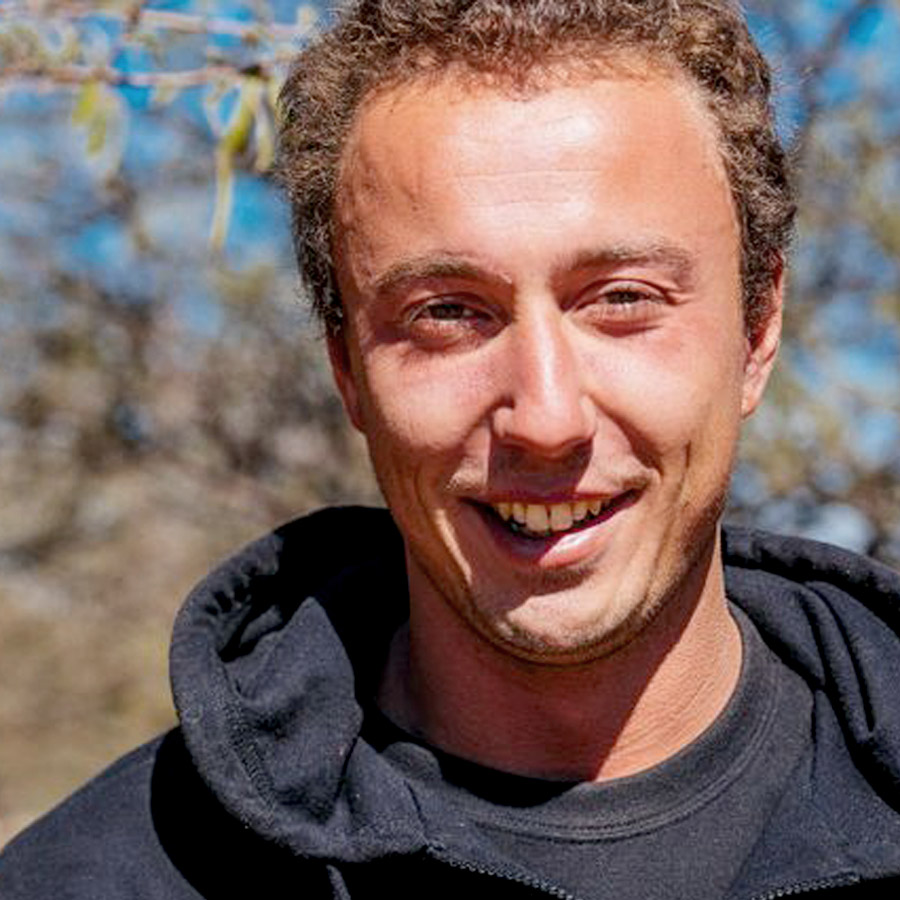 “The cheetah is racing towards extinction, and we are running out of time to tackle its conservation challenges. With the support of the African Carnivore Wildbook, we can reduce data processing time, and allocate our efforts towards informed and targeted conservation interventions.”

Stijn Verschueren has always felt strongly connected with the vast wilderness of Africa, so he was thrilled when he got the opportunity to study lions in Kenya for his MSc project. Inspired by that work and carnivore conservation in general, he began working at the Cheetah Conservation Fund in 2018, and has recently enrolled in a PhD program, where he’s looking at cheetah and other large carnivore distributions in eastern Namibia. 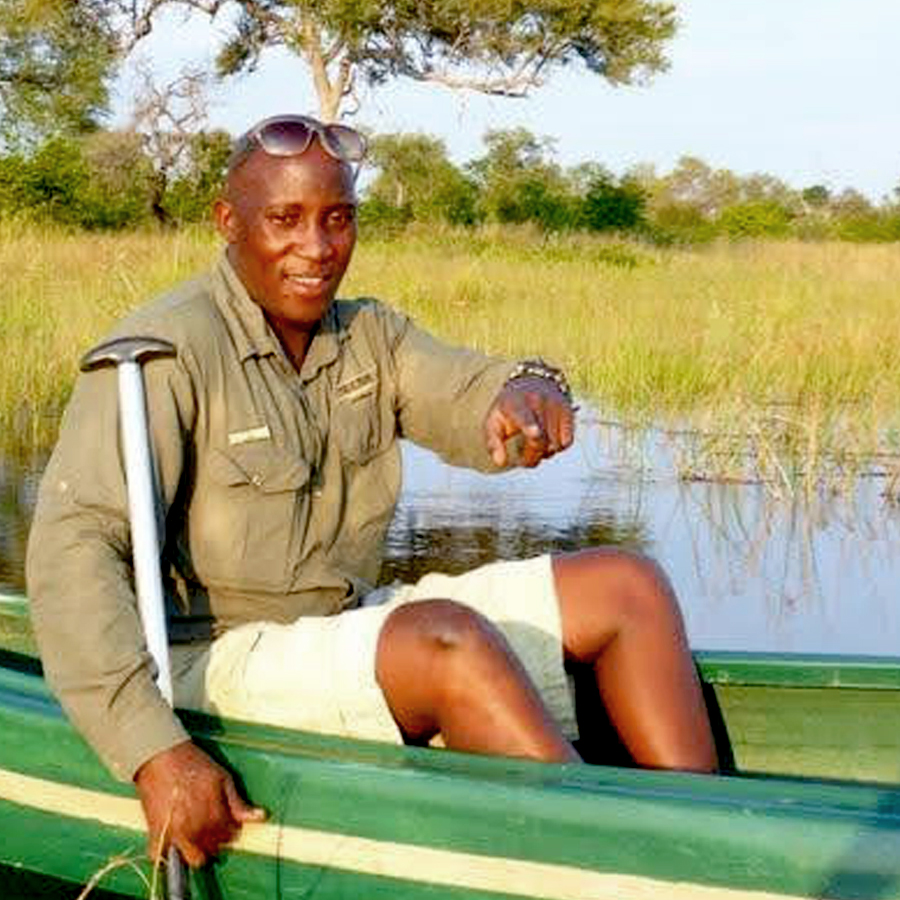 "This human-wildlife conflict. It’s very difficult to solve. I know how much value predators have, because tourism brings a massive amount of money to Botswana. Somehow the people in the communities need to see a benefit from that tourism income. If farmers see only a threat to their profit, they’ll keep shooting these animals, they’ll keep on killing them. A safari without predators? I don’t know for sure, but I’m sure it would seriously drop the numbers of people visiting here."

Tshiamo “Parks” Maphakela was born in a rural village called Goroka, just on the edge of the Okavango Delta, close to the buffalo fence. 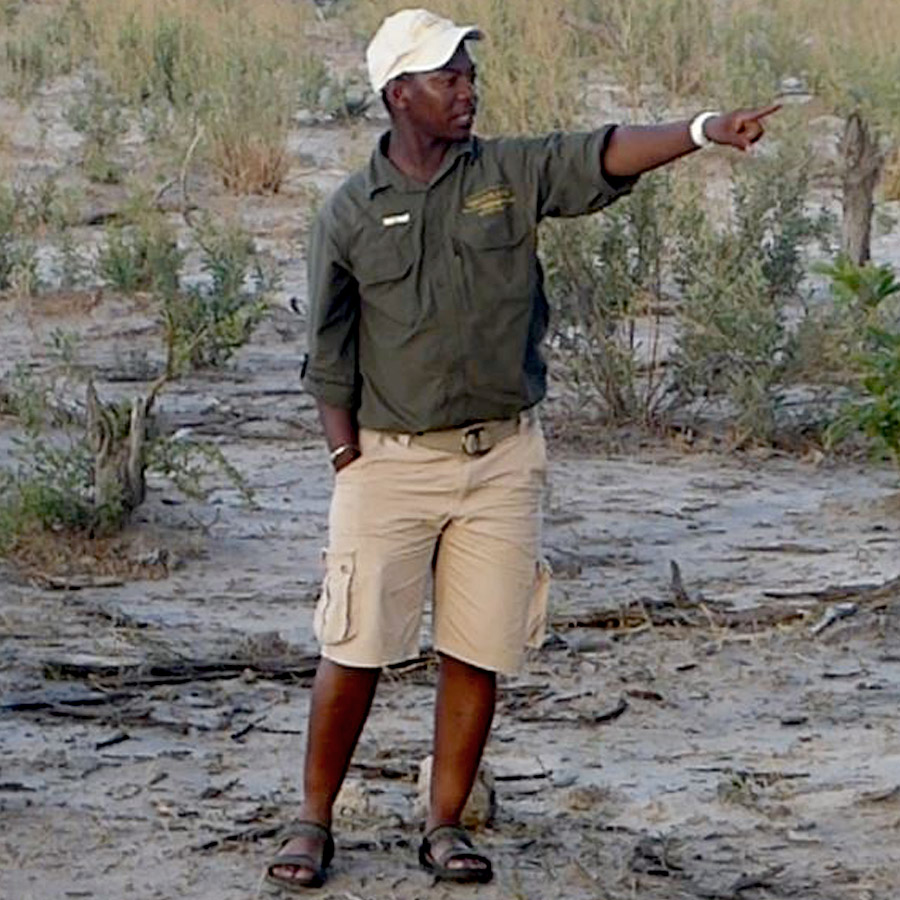 "I love wild dogs. They’re different from the other carnivores and very vulnerable because of those differences. They are pressured by other predators as well as humans and their social behaviour makes them especially vulnerable to shared diseases. If we want to have them in the ecosystem for many generations to come and for our future generations to see them, we have to protect them."

Growing up in the Kalahari, Opie loved learning about animals’ lives and behaviors from his grandfather. Having a love of nature from an early age, he tracked animals in the wild with his cousin, which led him to dream of becoming a guide. He now regularly uses his tracking skills today as a fully qualified guide in Botswana. 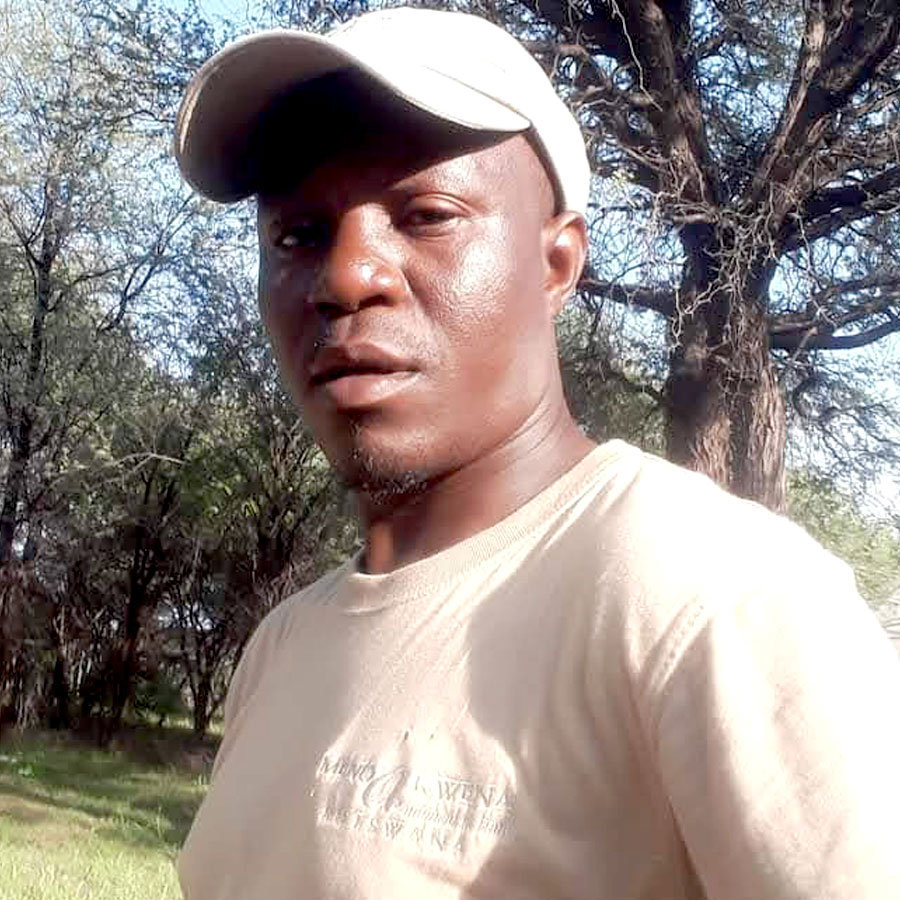 "How important are predators to Botswana? When people come here to see animals, lions and cheetahs and leopards will always be at the top of their list."

Kabelo was born in Maun, but grew up in a small village called Motopi, in the central part of Botswana. He completed his primary and secondary schooling there, then went back to Maun to attend high school. Following graduation, he continued his education at a guide training school before becoming a full time, professional guide. 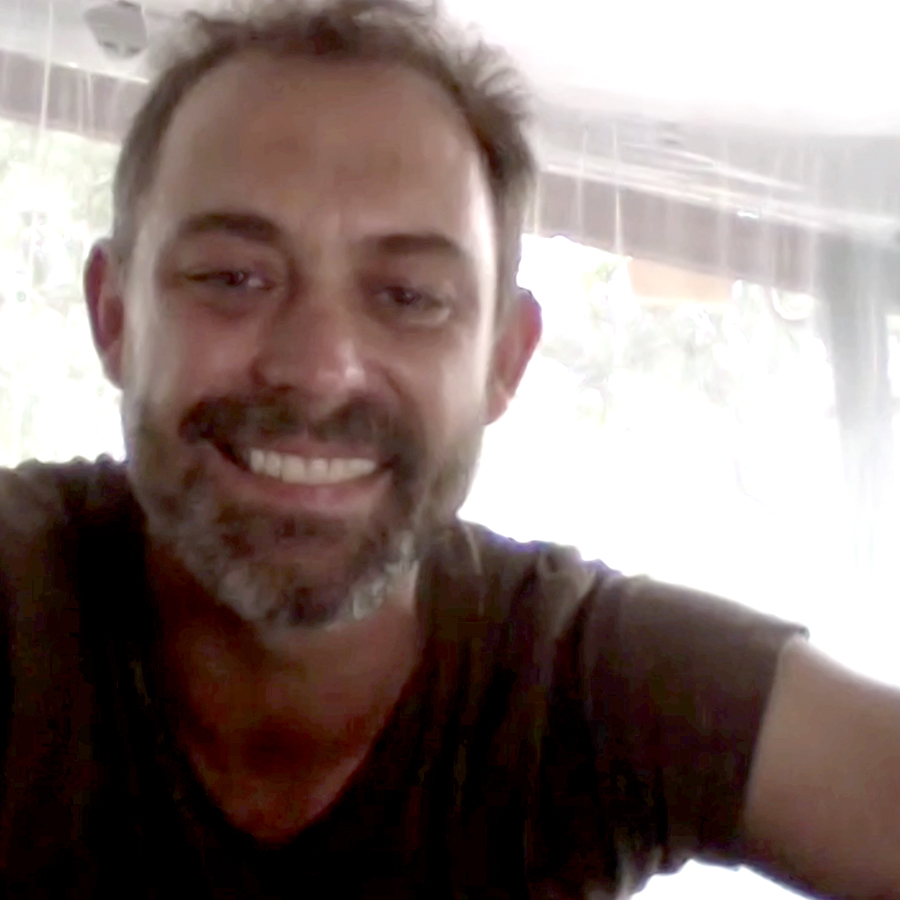 "Why do we need to protect these animals? Imagine a world without them. I can’t imagine a world without nature—an authentic, true, original nature experience. I think it’s the most precious thing that exists on our planet. I feel so lucky in that I have it here. It makes me choke up a bit when I think about it."

Nix Sheldon was born and raised in the south of Botswana, where he fell in love with nature and wildlife. He worked as a guide in Australia before returning home to guide in Africa.

We work for the conservationists. Our mission is to deliver effective technologies that are matched to specific challenges facing researchers and conservationists of threatened wildlife and habitats. 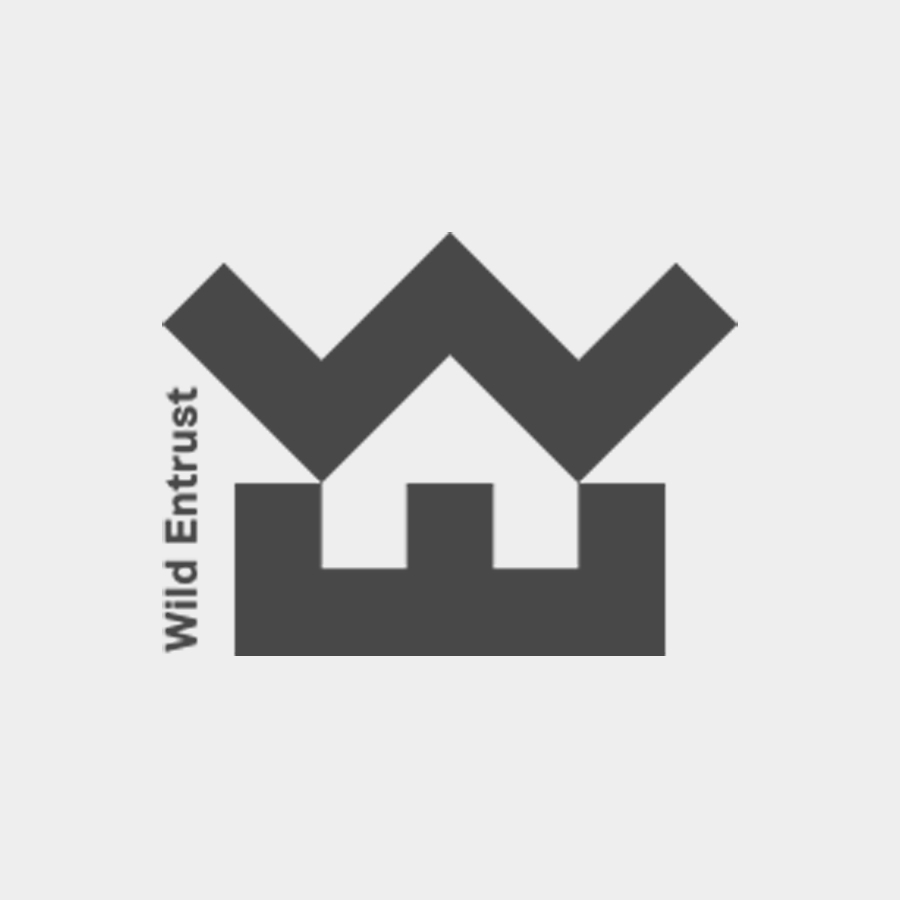 WE serves as the umbrella organization under which our primary program themes (applied conservation research, environmental education, and community development) are framed. Integrated together these programs support valuable natural and social science conservation initiatives focused on finding and implementing solutions to the growing wildlife and wild space conservation and protection challenges. 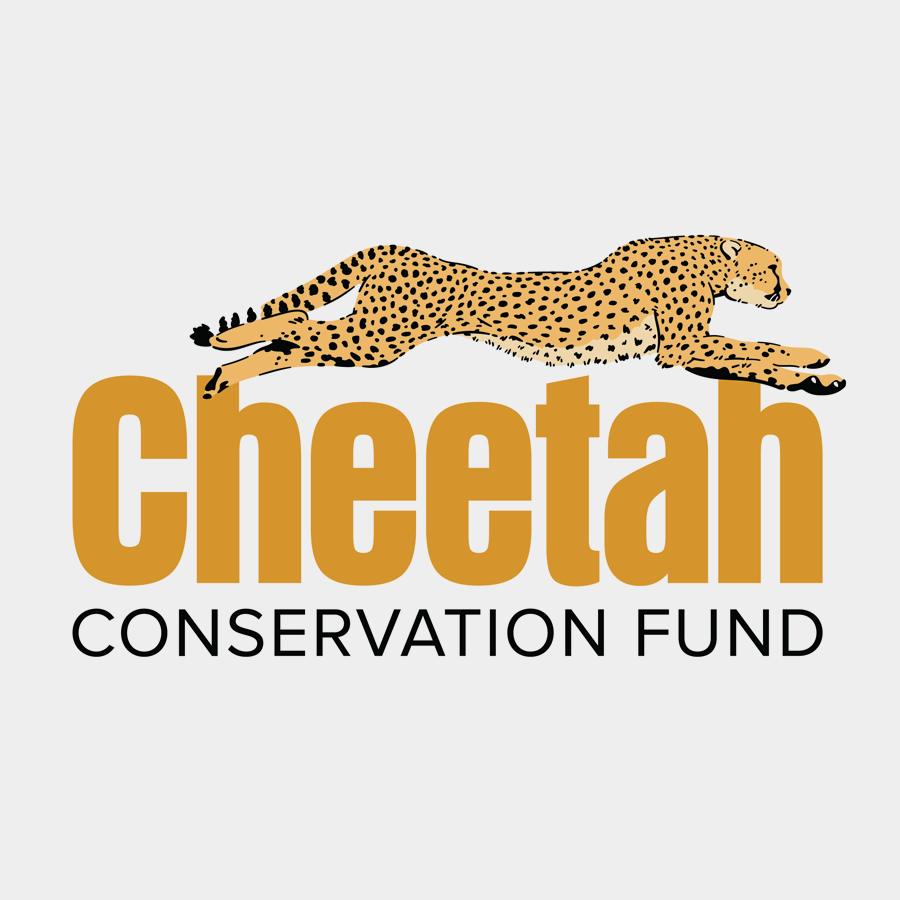 Founded in Namibia in 1990, Cheetah Conservation Fund (CCF) is dedicated to saving the cheetah in the wild. Its mission is to be the internationally recognized center of excellence in the conservation of cheetahs and their ecosystems. CCF works with all stakeholders to develop best practices in research, education, and land use to benefit all species, including people. 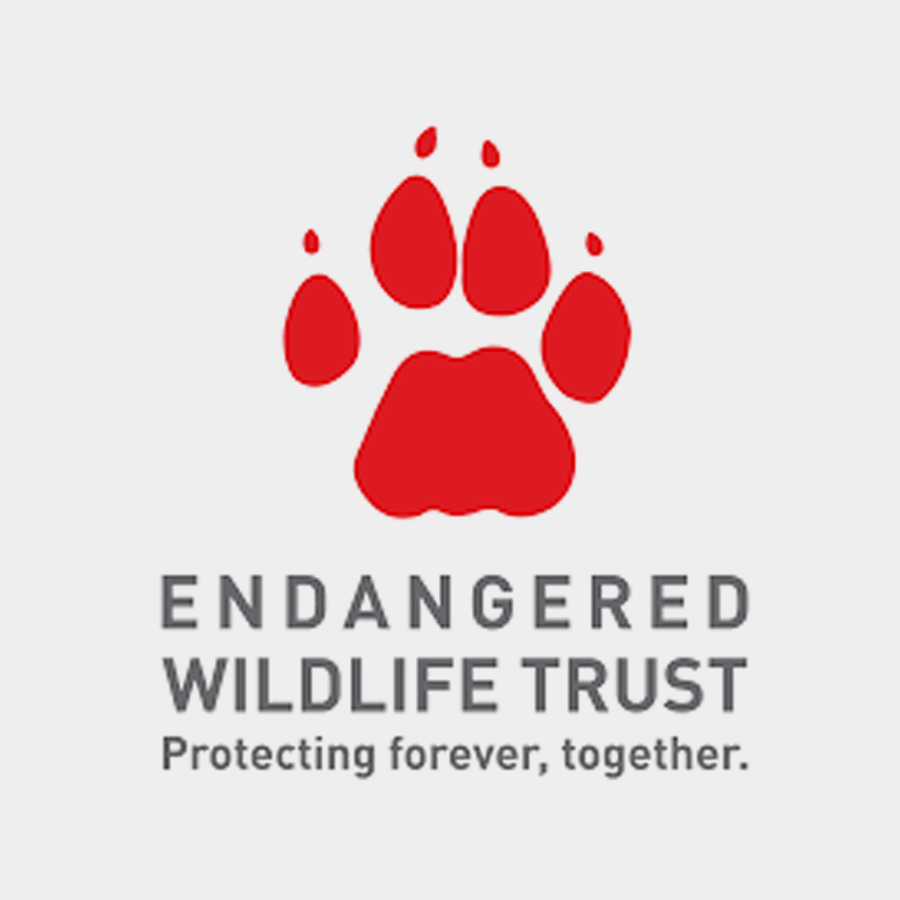 Founded in 1973, the Endangered Wildlife Trust is driven by a team of passionate and dedicated conservationists working through specialised programmes across southern and East Africa, each falling under one of three key strategic pillars: saving species, conserving habitats, and benefiting people. 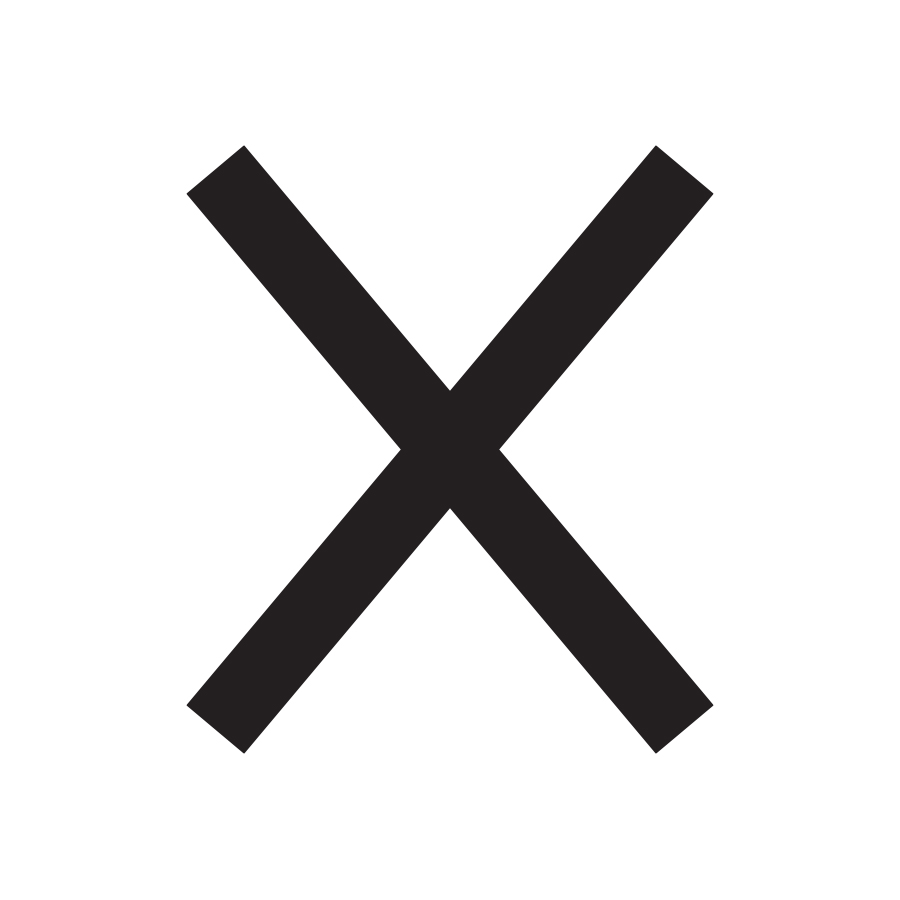 Multiple works with clients to create brand and corporate communications that deliver strategic advantages by reinforcing positive attributes and enhancing every interaction. They partner with them to research, visualize, and understand their unique challenges and opportunities and to help them define, articulate, and communicate the things that set them apart. 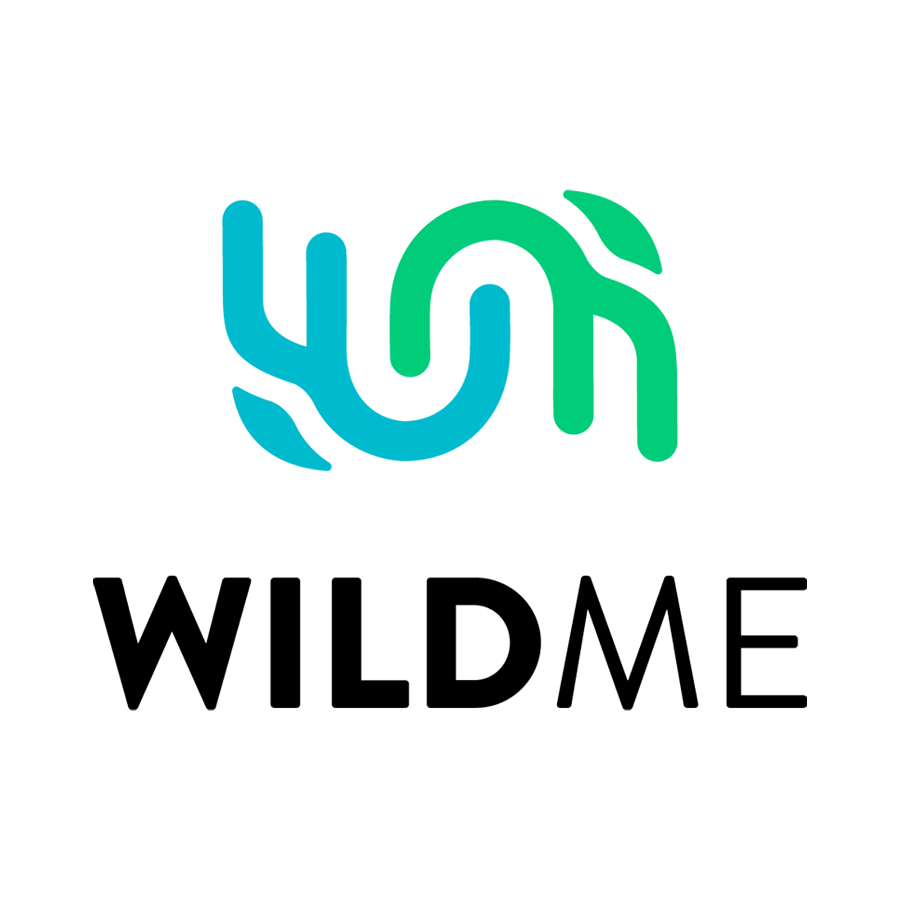 Wild Me is a small team of software and machine learning experts working to bring together researchers, citizen scientists, conservationists, and decision makers. We support biodiversity and anti-extinction efforts through open source software and integrated artificial intelligence.

Help protect these animals and their habitat.
Donate